Reflex, the ultimate test of human reaction and reflex, where the difference between winning and losing is only a fraction of a second away!

Based on the world’s fastest, visually ground-breaking TV game show, which sees two families compete in a series of super-quick, extraordinary challenges. Can you hold your nerve as teams compete head to head in a series of action-packed games?

•‘TV Challenge’ mode; face an imaginary opponent and compete in rounds just like in the TV show

•‘Reflex Mode’ mode; practice your skills and compete to be the fastest in the world!

•The Showdown Round; 100’s of ‘showdown’ games, where the fastest finger wins

•The chance to unlock the special ‘Golden Ball Challenge’ 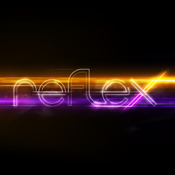